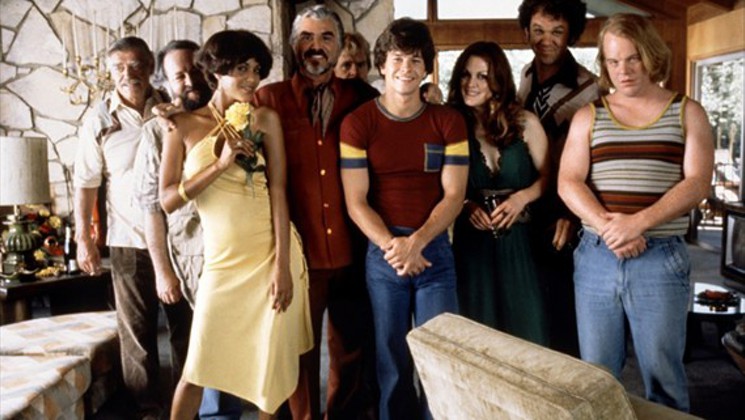 Francois Truffaut’s love letter to film remains one of his most exhilarating movies. Following a thinly disguised Truffaut (as director Ferrand), it tracks the shooting of fictional film. May I introduce Pamela (crazy title!) in which what goes on behind the camera is at least as interesting as what’s happening before it. But it’s Truffaut’s infatuation with the act of making a move that invests the film with its energy: by the end, his camera is so full of unalloyed joy, it simply spins off into the sky.

Writer-director George Haung, had worked with a “famous action movie producer”, so his coruscating funny take on life as a studio exce’s bitch has a deliciously acidie edge. Kevin spacey scene- steals as the vile Buddy Ackerman, not least with his rifts reversal when we find out why he’s such a bastard in the first place.

The dreams of every wannabe incline helmer are more accurately rendered as nightmare, as Steve Busermi attempts to nurse his optus to completion, coping along the way with an egomaniacal star, a tetchily DOP, crew food-poisoning and an angry dwarf. Jim Jarmusch collaborator Tom DiCillo has made enough micro-budgeted fare to give this the distinct ring of truth, Highlight? A pixel off person of restricted height demanding: “I love you ever had a dream with a dwarf in it? Do you knew anyone who’s had a dream with a dwarf in? I don’t have dreams with dwarves in them”

Billy Wilder was always one of cinema’s most gracefully source amateurs and here he looks greedily at the hand that foods him all bites. The great sources have become cinema love and there are in jokes aplenty, but it’s the pervasive air of certified, decaying decadence, corruption and spire that gives the film its piquancy. Gloria Swanson and William Holden are superb as the couple engaged in a celluloid danse macabre, while Erich vod Strulein generates much of the film’s flamboyant malice.

While in the early days American moviemakers such as D.W Griffith and pals aimed for total naturalism via seamless editing, the Russkies went in exactly the opposite direction. Recording a day in the life of Moscow, director Dziga Vector uses every trick in the book to remind us that we are watching a movie, including, showing the film we’re viewing being, shot and edited, then an audience watching it. It’s a relentlessly inventive commentary on the medium which remains fresh 76 years after its making.

Robert Altman has carefully cultivated his (Popeye aside) image as a Hollywood outsider (“They make gloves, I make shoes,” he has bewilderingly assorted when asked about his relationship with the poisonous LA suburb). In the Player he reveals a little more of just what he hates so much: venality, arrogance and greed are shaken up with a generous jigger of boneheaded stupidity in this tale of a screenplay reader blackmailed by an anonymous writer whose pitch be turned down. Altman’s ultimate, tar-black joke is to have managed to attract such an all-star cast to comprehensively trash the industry that buys them their Humvees.

The sadly often overlooked Joe Dante Delivers a thinly disguised celluloid portrait of master of exploitation William Castle (inventor of, among other cinematic innovations, Emergo a process involving a fake skeleton swinging over the audience at key moments) but, by setting the tale of the peripatetic exhibitor (played by John Goodman) against the Cuban Missile Crisis, he clearly throws into sharp relief the paranoia and fear of atomic annihilation that made these monster movies so potent during the 50’s and 60’s.

It’s that song and dance sequence which people remember, of course (or at least, the Morecambe And Wise version), but this giddy confection resembles Truffaut’s Day For Night in the simple delight in making movies. It also deftly recalls the tensions experienced in the industry during the transition to sounds a period in which as many Hollywood stars were destroyed as made. Now rated by any poll that matters as one of the best movies ever made, its worth remembering that its genesis was as an attempt by MGM to recycle a bunch of old songs to which it found it had the right.

Francis Ford Coppola’s Apocalypse Now (whether Reduced or not) remains unique, in that the tales about its making are as much a part of its legend as the film itself. Hearts of Darkness consists of interview with all the main protagonists conducted after the film had been released, but it pierce de resistance was to access the private records of Coppola’s wife Eleanor, which consisted of taped conversations of which Francis was unaware plus on set footage revealing the utter chaos that surrounded the making of one of the defining “New Hollywood” movies.