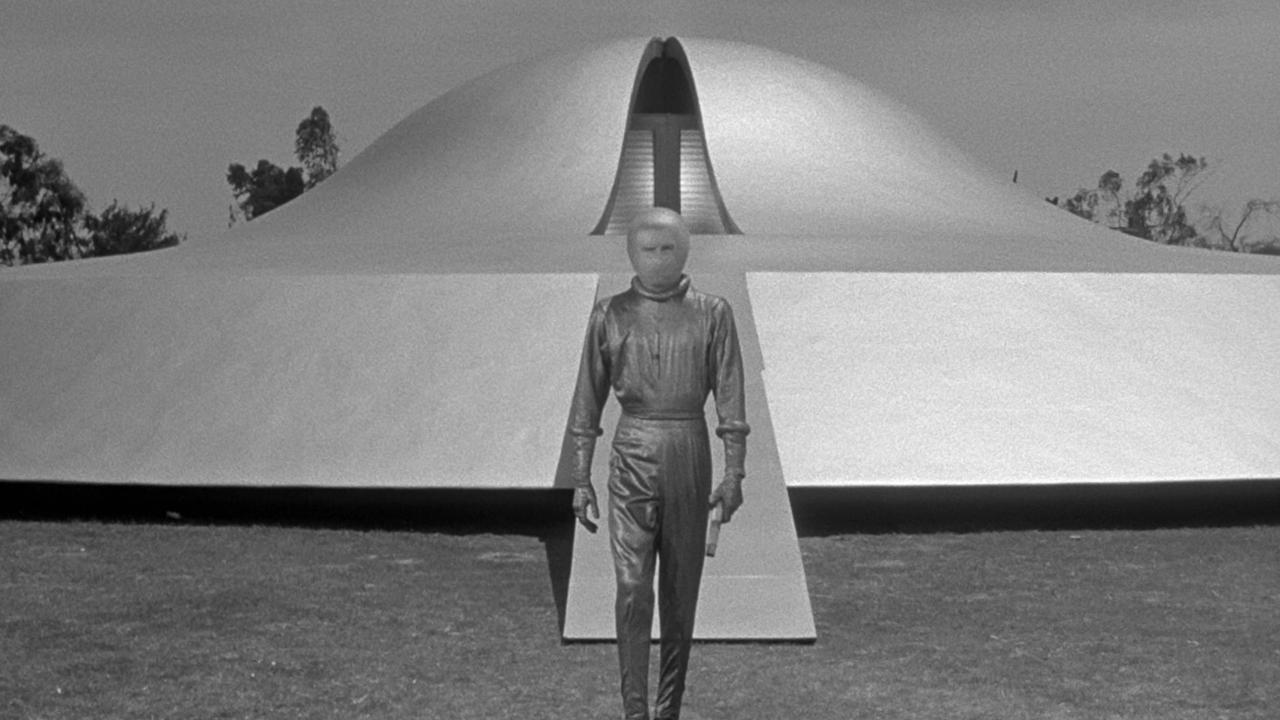 1. The Day The Earth Stood Still

This movie is one of my all time favourites! Keanu Reeves just has such screen presence, it’s amazing….. Only f*cking with you, obviously I mean the 1951 version. This movie has truly withstood the test of time and is as good today as I imagine it would have been back in 1951. Obviously the communist associations are lost a little on us today but other than that, certainly worth a look.

To get on the list you need to be about aliens and a thriller…. so Forbidden Planet ticks both of those boxes. For those of you out there that question this, watch the scene in the movie when the monster is coming to attack them and they prepare all the traps. The suspense is insane to the extent that I pissed myself with suspense.

3. Invasion of the Body Snatchers

Communist similarities run throughout this classic 1956 movie. This for me is the perfect Sunday ironing movie…. ironing is optional but Sunday is compulsory. The story is just brilliant, with the aliens looking and slightly acting like us, to increase the suspense. “Is Billy next doors an aliens?” “His eyes seem lifeless and he’s acting like a sociopath”…..How on earth can we figure out who the aliens among us are?

Dark City is just amazing and has to be considered one of the most underrated sci-fi movies of all time. I hate to sounds like a dick but the cinematography is just spectacular. It’s a must see for any sci-fi fans and in fact, movie goers in general.

Like a lot of James Cameron’s movies, this is a little long for my liking but it’s still just brilliant. I’m not sure why three of our top 10 alien thrillers appear under or on the water, but they do. Like Contact or Signs, the movie goes slightly downhill once we see what the aliens are, but don’t let that stop you enjoying this great flick.

This is a surprisingly good movie. It has little, if nothing to do with the first movie. The first film also made me seasick from the cameraman not being able to hold the [email protected] thing straight! This is a must watch for lovers of alien thriller movies!

What a brilliant sci-fi thriller! You are so scared that you forget that the movie is a Sci-Fi film and the far fetched storyline.
7. Star Trek II: The Wrath of Khan
This movie appears much higher up the list in our revenge movie list, but I think 7 is about right for this list. The Wrath of Khan is a little slow moving at the start but once you get into it, it’s a Sci-Fi masterpiece.
8. Sunshine
The first half of this movie is brilliant, but it goes downhill once it turns into a horror movie. The sun was the bad guy, that was what made the movie so compelling. Instead of keeping it this way, the crap producers forced a mad man into the mix, destroying what would have been a masterpiece in Sci-Fi film making.
9. Super 8
‘Super 8’ involves a bunch of kids who are making a zombie movie. Their filming is interrupted when a train crashes, and they soon realise that something horrifying has been released upon their home town. This movie is super fun and super entertaining, and one of the better alien movies of the 21st century.
10. Sphere
Sphere involves the discovery of an alien object in the ocean. A crack team of scientist is put together to investigate the issue, (which I love when that happens in movies). The movie has dated badly since it’s release but it still have a charm about it and the dialogue hasn’t aged. Certainly worth a watch, as the cast alone in this one is pretty impressive.