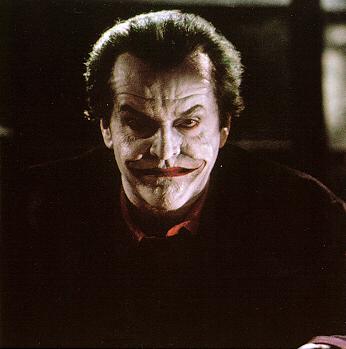 1. Batman
Tim Burton’s Batman is by far the greatest comic book adaptation ever made. Comparing it to any other reminds me of a quote from “Kill Bill 2″….. “If you’re gonna compare a Hanzo sword, you compare it to every sword ever made — that wasn’t made by Hattori Hanzo.” Tim Burton you raised the bar too high with this masterpiece of cinema. This is why you have, and always will hold, the No.1 spot in Top 10 Comic Book Movies of all time.

2. Superman
Superman is a boring super hero, let’s face it! He can fly, runs three times faster than the speed of sound, has x-ray eye sight and he can even burn holes with his f*cking eyes! I mena he’s practically f#cking invincible! He’s only real weakness is kryptonite, a substance that only the super-rich can afford and is in small supply, considering it’s from another planet. We want super heroes to resemble us…. human in some way. That’s partly the reason Batman is the greatest comic book hero. Superman comes second on our comic book movies list!

I hate to admit it, as I dislike the Dark Night, but when he rises again, it makes for a much better movie. I loved it from start to finish. I could even tolerate the crappy dialogue from Alfred throughout the whole movie,

“Every year, I took a holiday. I went to Florence, there’s this cafe, on the banks of the Arno. Every fine evening, I’d sit there and order a Fernet Branca…..” (God, Alfred you annoying f^ck!)

It was an epic cinematic experience and let’s face it, we don’t get that many now a days. I’ll be honest, I would have preferred if Bane had been kicked out of the League of Shadows for being too extreme, rather than being in love with an under-age girl, (pedo, of coarse I’d never say that to his face.) Also that shit with the bridge and Robin trying to save the kids, pointless. Despite all of the negative aspects, it was f*cking cool. I loved the Scar Crow deliberating justice. I couldn’t have picked a better judge, (even Tim Burton’s Joker wouldn’t have done a better job).

What a surprise this movie turned out to be. After the let down that was Iron Man 2, we kind of felt Tony Stark was becoming a bit of a shit. But then Avengers arrived.

So what if the female assassin and gay lord with the bow had no real powers and seemed to hinder the other heroes along the way, we love it all the same. Also we don’t mind that Thor… who’s meant to be a God, (not sure how that works) appeared in the movie for far too long. We still like it for three main reasons, Hulk, Tony Stark and Hulk… did I mention the Hulk. I love when he arrives to the battle field in the city and smashes the big long insect thing. (I’m still a little confused about what ,”That’s my secret, Cap. I’m always angry.” means exactly but who cares.) It’s really been a pretty good half a decade for comic book movies. Put it this way, I used have The Rocketeer in the Top 10 Comic Book movies list of all time.

6. Sin City
Marv is an amazing character and Clive Owens character describes him perfectly when he says “Most people think Marv is crazy. He just had the rotten luck of being born in the wrong century. He’d be right at home on some ancient battlefield swinging an axe into somebody’s face.” He sure would have, and that’s why we love him. Clive Owen, that should have been the only dialogue you should have been allowed utter in that movie. Also f&ck off Brue Willis too, we just want to see Marv.

7. Batman Begins
Much better that the “Dark Night” and it isn’t a f*cking mistake that “The Dark Night” isn’t on our Top 10 Comic Book Movies, as it’s got zero re-watchability, it’s too long and the story is all over the place. Even the Joker and Batman just dance around each other without attempting to kill each other. “Batman Begins” however is great. I love the start, his journey to becoming Batman, training etc. F*ck the “Dark Night”!

8. The Watchmen
What a start, unbelievable! I remember seeing the beginning (mind you I was drinking at the time) and thinking this is why I watch movies. The combination of Bob Dylan music with a montage of old superheroes, spectacular!

What a fun movie, it doesn’t take itself too seriously, it’s action packed and it’s pretty funny to boot. I think it will get better in time and be appreciated as one of the great comic book movies.

10. V for Vendetta
“The only verdict is vengeance; a vendetta, held as a votive, not in vain, for the value and veracity of such shall one day vindicate the vigilant and the virtuous.” the alliertaion is amazing. Arguably the dialogue from V carries this movie but it’s still not bad at all. It was always going to make our comic book movies top 10.

Spiderman 2
I was debating this or “Dick Tracy”. Spiderman 2 ended up winning, mostly due to the dialogue of Doctor Octopus who, on occasion, talks like a comic book character, in broken sentences. That plus the fact that the “Editor” is amazing, he talks quick, is very amusing and is a bit of an underhanded bastard.

The Rocketeer
Like Batman, anyone can be a rocketeer, howeever finding some worthy Nazi ememies to kill might be a little harder. Other movies could have taken its place but it get on our comic book movies list… for the moment anyway.