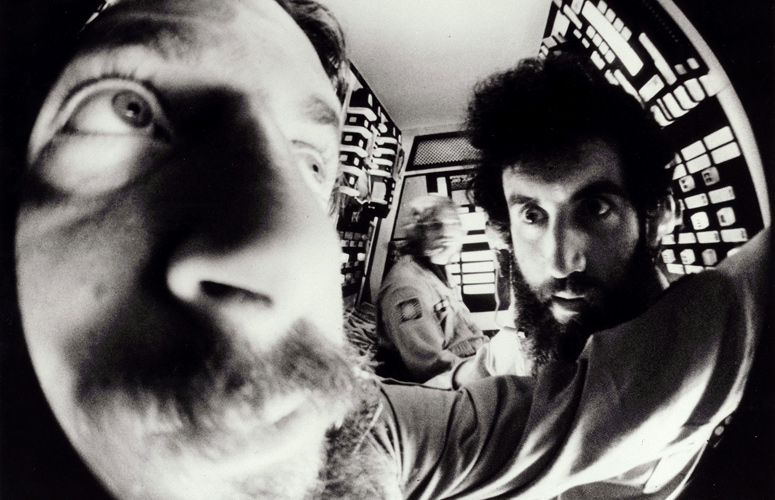 Ask ten people who love John Carpenter Movies, “Which is your favourite?” 9 of them will always say, “The Thing”…And why shouldn’t they? It’s a masterpiece of cinema and is underrated, despite the fact that quite a lot of people appreciate it. They don’t go far enough! Look, even by definition it’s underrated. Underrated: Underestimate the extent, value, or importance of (someone or something).

My friend Journey (he has Hippie parents…) made me love this film by osmosis. Just hanging out with him and watching 1,2 & 3, a.k.a the season of the witch, he made me appreciate the series. Michael Myers, not to be confused with Mike Myers (who’s probably currently in the process of making Sherk 12), is one of cinemas all-time-great horror baddies. He never runs, smiles, panics or shows any emotion what-so-ever.

What a brilliant f&cking movie. If you like John Carpenter and you haven’t seen this movie, “Shame on you, you motherf*cker!” I’ll forgive you if you buy this movie and send John Carpenter a brief apology and an explanation, detailing why you didn’t watch his first, great masterpiece.

“They’re kind of like zombies”… Had that pointed out to me by a guy doing a Masters in Film Studies with me. As useful a piece of knowledge, as the degree itself.

“Snake Plissken: I don’t give a fuck about your war… or your president. ” Always wanted that on a t-shirt, take that Obama!

Compulsory viewing for anyone in marketing, but especially advertising!

“Jack Burton: Ol’ Jack always says… what the hell?” Russel Crowe, Caesar used refer to himself in the third person and you see where that got him.

8. In the Mouth of Madness

Sam Neill has been in four great movies and this is one. Guess the other three? I’ll give you a clue; one is on an island, another is on a boat, and the other involves an instrument ….too easy.

I haven’t actually seen this one but I’m going on the word of a friend from Twitter…. Yes you heard me, a digital friend… well he thinks I’m cool.

“How do you kill something that can’t possibly be alive?” That’s the movie poster and it makes a really great point… It’s no “In space no one can hear you scream”, but it’s close!