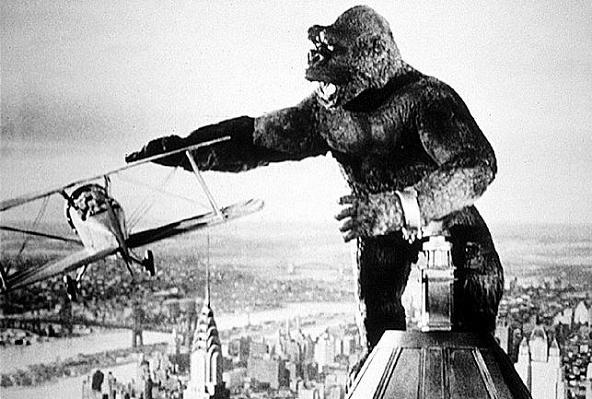 What a great movie, it was always going to be first in our Monster Movies list! F*ck Peter Jackson, his version was the exact same in parts but much, much longer!

2. The Bride of Frankenstein

“Friend Good”… This movie is as good today as it was back in the 1930’s… I think. It is such a heart warming, dark, fun movie. One of my all time favourite monster movies.

People always say this movie is hilarious. I disagree, it is actually a good monster movie.

Words can’t describe this masterpiece of cinema. I’ve seen this move 20 times and I could watch it 40 more. When he crawls into the alien ship for the first time, I have to curl up in a fetal position. Are Aliens really monsters and should they be allowed on my monster movie list? Definition of Monster: A creature having a strange or frightening appearance.

This movie appears on more or our lists than any other. It’s a constant favourite among hardcore movie watchers. No real movie fan doesn’t love this movie!

6. An American Werewolf in London

My Boss oves this movie, he must have watched it 40 times. It’s the only movie he ever quotes or talks about.

Hot girls, rock climbing in the woods all alone! What could go wrong…? Cue the ancient evil monsters and you have a movie that makes one of the nerdiest “sports” around adventurous.

8. The Phantom of the Opera

I watched this in a church with a famous organist playing the music to it. It was really cool.

I love Predator, it might be my favourite movie.  A few years ago, after I would go out on the piss, I used pass out wathcing this movie. My then flat mate who would have to come into the living room at like 6 in the morning and turn it off, as it would be on loop. If she wasn’t in, I’d wake up with it still playing in the morning. Here’s the funny part, I would always rewind it to where I was before I passed out (if I could remember) and watch the rest of it that morning! Plus, it stars no less than two bona-fide US Governors!

This is one of those great monster movies to watch with a group of friends. I kind of wish I could carry on the monster movies list for long than 10.