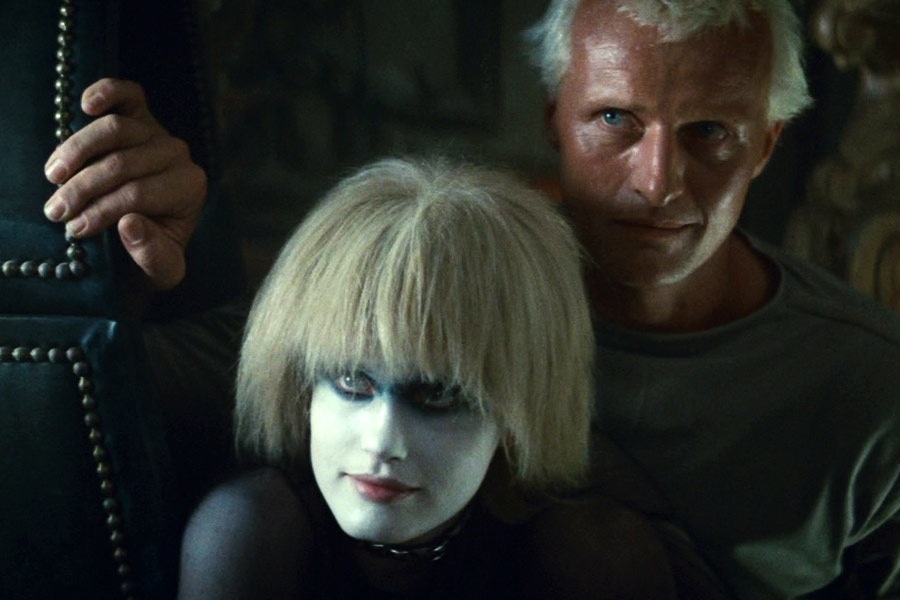 When it comes to movies with robots in it, Blade Runner is the most obvious. 2001 Space Odyssys is too epic, Metropolis too old and Terminator 2 too action packed. Blade Runner is a movie that reminds us of our own world and in my opinion, is a world closest to what the future might be like.  The massive bustling city packed to capacity, the massive gap between the working class and upper, the massive adverts plastered across every available space…. you get the idea. I also love that this movie is almost constantly at night time. That’s how all dystopic movies should be! The future should be one without hope and a world with no light is one without hope. This is probably one of the greatest movies of all time. Also is he a robot, killing his own kind?… food for thought.

Hal is one of the coolest robots, why? Because he’s cool in the closest way to the definition of the word “cool”. Even when his circuit boards are being pulled out and he’s technically dying, he talks so calmly, “Just what do you think you are doing, Dav?” If you want to see the completely opposite of Hal, watch Moon. Honestly they took Hal and just made the opposite of him. Hal will always be remembered, especially for the scene in which he lip reads…. just brilliant.

This movie has influenced every other movie on this list. Even if there was a Sci-Fi director who has not seen Metropolis, he’s seen 15 other movies heavily influenced by it. It’s arguably… .wait maybe it is, the most influential Sci-Fi of  all time.

Why Terminator 2 instead of one? Well two has two robots for starters. Also I like the way they make Arnie show emotion  without actually doing so. The two of them giving each other high fives, Arnie agreeing to only knee-cap a whole police department, (previously in 1 he wipes out a whole police department, so a step in the right direction… i guess?) and most importantly, the thumps up at the end as he’s lowered into the lava.

If you watch RoboCop again you’ll see that Murphy was a boring f&cker, even before he was f*cked up by the evil gang. So when he becomes a Robot, we actually witness more emotion than when he was human.

Also, his partner shows a sh%t load of loyalty to a person she only hung out with for like two hours. In the movie it’s their first day together.  I love when, after shooting the bad guy, the head of OCP says, “Nice shooting, son. What’s your name?” He just knows that Robocop is not to be f%cked with and that he doesn’t want to be know as a robot. This is why you are the head of OCP, cause you know exactly what to say and when, you slippery son-of-a-b^tch.

By far the most kind hearted of our robots, Wall-E has captured the hearts of man and woman alike. His longing to be human makes up appreciate being human… (Isn’t it great being human?) Anyway Wall-E is a masterpiece in cinema and marks a change in the direction of children’s movies. Kids movies used be based around getting kids to go see them, now they’re based around getting adults to talk about them. Kids like all sorts of sh^t, adults are picky.

Robots who pretend to be human are always cool. I love how passionate he gets over the discovery of the new species. He’s a great actor too and there’s such mad logic to his plans, it could only be conceived by a emotionless robot.

Both Terminators on the same list…. yes! They’re both on here, as they’re both movies with robots in them…. obviously, also they’re both class!!

Not as good as the second one, Terminator one is similar to the robot in Alien; ruthless, emotionless and logically. Obviously not as devious as the robot in Alien, (looking up ever “Sarah Connors” in the telephone book and blowing them away isn’t exactly subtle or an amazing plan.) I love the night club in this movie, I think it’s called Tech Noir.

I think Moon would make most movies with robots lists. The most modern on our list, Moon shows us that humans are far more devious than robots. Robots have one directive and i’s normally pretty clear. Once again, like most of the movies on our movies with robots list, we see an emotional side to the robot. (Even though technically he doesn’t really show any and all the decisions he makes can be brought back to a directive.) We’d like to think that Kevin Spacey made the decision based on love, (Especially as I hear he’s actually gay).

By far the least heard of on our movies with robots list but still a goodie. When you start to watch this, you’ll wonder “why have I not seen this before?” It’s a really fun movie set in the future, where people visit a theme park where they can live in cowboy times and shoot robots. All of a sudden, something goes wrong, the robots revolt, killing ensues. It’s as fun a movie as it sounds!

3 thoughts on “Movies with Robots”