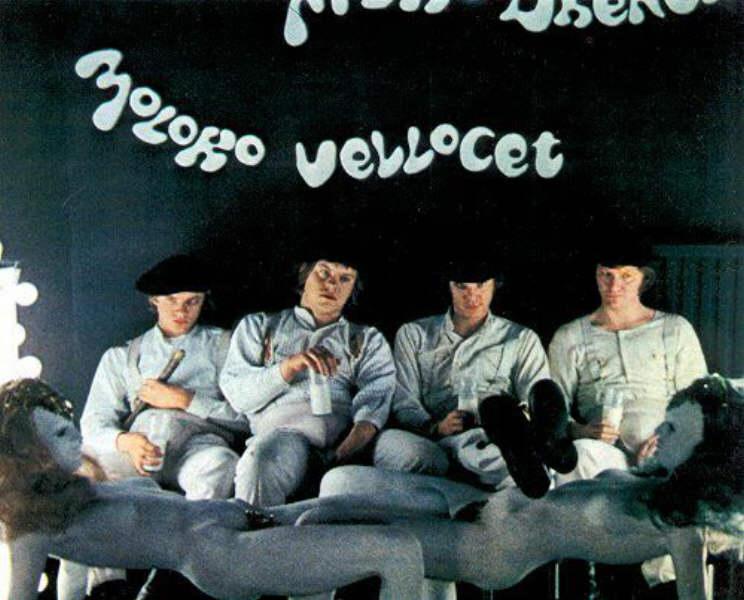 1. The Shining
This movie is not only Stanley Kubrick’s best movie but it’s the best horror movie of all time too. I hate when idiots say, “Is it really a horror movie?” F&ck off!!! Regardless of defining what the Shining is, it’s a masterpiece.

2. 2001: Space Oddessy
It was a close call about giving this first place. The opening of this movie is epic. We all know it but how many of us have watched it all the way through? And out of that low number, how many of you have seen 2010 the Sequel, (Not a Stanley Kubrick movie).

3. Clockwork Orange
God, Stanley Kubrick movies are great! This movie comes third on our list!!!! It shows how amazing the man is, that Clockwork Orange, a movie that would be No.1 on most directors top 10’s, comes third! This movie is great all the way through. It’s also quite short, which is strange coming from the director of Spartacus and 200:Space Oddessy. The dialogue combined with the music and acting, makes this a shockingly enjoyable movie. I ‘m going to create a Top 10 Dystopia Movies straight after I make this list. Why? So I can include Clockwork Orange on another list, this time where it gets the No.1 Spot.

4. Full Metal Jacket
If the first half of this movie had carried on all the way through to the end, this might have come second on our list. The first half is my favourite war movie by a million miles, fu^ck Platoon! (“fighting with Barnes for what Rhah called possession of my soul.” Bullshitty dialogue, f&ck off Charlie Sheen and write a poem.)

5. Dr Strangelove
One of Stanley Kubrick movies
that’s completely different than anything he’s created, Dr Stange Love is brilliant. It’s extremely funny, has a compelling story line and has some great dialogue. I love the Nazi scientist, he’s such a great character. On a side note, Nazi get’s a capital in the English language, what’s that all about? I think if you’ve committed acts of ethnic cleansing or genocide, then you lose your capital. So Hitler become hitler…”take that hitler! We’re even willing to change English grammatical rules just to show how much of a c&nt you were!

6. Path of Glory
Great movie to watch with your dad or step dad, unless he’s drunk.

7. Barry Lyndon
I’ve not seen it, how bad is that? It’s up here because my friend Journey loved it so I told him I’d give it a place in my top 10.

You would, you dirty f&cker!

9. Spartacus
“I’m Spartacus!” Great movie and what an amazing guy Spartacus was. You know, even in that epic movie, they only showed half the sh!t Spartacus got up to. People wear T-shirts of Che Guevara (interestly, that picture was taken by an Irish guy). Bullsh*t, Spartacus achieved more taking a sh&t in the morning before breakfast. I’m buying a Spartacus T-shirt right now.

10. The Killing
Comes in at ten on the Stanley Kubrick Movies list and it would easily make any other directors top 5.