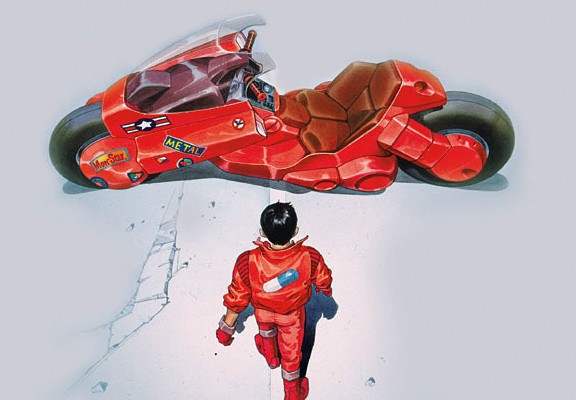 This top 10 anime movies list was put together by Patrick Keating. He’s a superb writer and knows more about anime than any other individual in the Western world. enjoy

Frankly, I could just type ‘any 10 Studio Ghibli’ movies and be done with the list. While that could have come across as laziness on my part, it would have actually have been honest. Well, maybe just a little lazy. The work of Hayao Miyazaki (sometimes called the Japanese Walt Disney) and his studio is nigh unparalleled in terms of stunning visuals and masterful story telling. For the sake of variety, I’ve limited the number of Ghibli entrants but the top of the list would have been incomplete without this Oscar winning masterpiece. The story concerns a young girl called Chihiro (Sen) who must work in the bathhouse of the gods in order to save her parents after they are turned into pigs by the evil witch Yubaba. Exhilarating, hilarious and heart-warming this is a perfect tale for all ages.

One of the most famous anime movies of all time, and one of the first to popularise the genre in mainstream Western pop-culture.  For the aesthetes among us, the entire movie is a feast for the eyes. The soaring, neon soaked cityscapes of NeoTokyo were all painstakingly hand painted, frame by frame. The obsessive attention to detail of the director, Katsuhiro Otomo, was such that entire backgrounds were painted for mere seconds of film. For the rest of us this action-packed, cyberpunk adventure has everything you could want: teenage biker gangs, shady military agencies, corrupt politicians, freaky looking children, psychic powers, space lasers and a giant scrotum monster. That’s right. Scrotum monster.

I’m including a few series in this list and first up is 1998’s Cowboy Bebop. One of the most accessible shows for newcomers wishing to dip their toes in the occasionally murky waters of anime, this Sci-fi/Western mash-up follows the exploits of a crew of bounty hunters as they traverse the solar system in the eponymous ship, the Bebop. The series has an impressive range, featuring everything from extravagant action (Pierrot Le Fou) and madcap comedy (Mushroom Samba) to sensitive drama (Ganymede Elegy) and moments of true pathos (The Real Folk Blues). Regardless of your inclinations there’s bound to be at least one episode you’ll love. If nothing else it would be worth checking out for the fantastic blues soundtrack alone. The 2001 film also comes highly recommended.

Another series from the creators of Bebop, this samurai epic set in Feudal Japan has a hip-hop pace and aesthetic that is decidedly modern. The show follows Mugen, a capricious and incorrigible rogue, and Jin, a taciturn samurai with a hidden past, as they accompany a young girl Fuu in search of the mysterious Sunflower Samurai. This action packed show features wonderfully choreographed sword fights that Kurosawa would be proud of, with Jin’s highly refined and precise Kendo contrasting nicely with Mugen’s erratic mix of sword fighting and breakdance. A fantastic adventure for those wishing to satisfy their appetite for Samurai action.

The second Studio Ghibli film to appear on the list, this whimsical fairy tale tells the story of two young sisters who move to the country side, so as to be near their convalescing mother. While exploring the nearby woods they meet a benevolent forest spirit called Totoro whereupon… not much happens really. They wait for the bus. It rains. But within the simplicity of the story lies the true beauty of Totoro, as there is always pleasure to be had in a story well told, no matter how uncomplicated it may be. Some people will tell you that it’s all actually an allegory for Hell and the afterlife, but I don’t feel such people should be encouraged. Charming, endearing and so beautiful you’ll curse having to live in base and banal reality.

6. Ghost in the shell

I debated adding this movie to the list as frankly I can’t stand it. However, I ultimately included it as no foray in the world of anime would be complete without viewing this oh-so popular piece. Undoubtedly influential, most notably on The Matrix trilogy, for some this is a fascinating exploration on what it means to be human in a society fast approaching the technological singularity. For others the interminable philosophising never rises above the level of sophomoric navel gazing. Regardless, there are some decent action set pieces and a fair amount of gratuitous T&A. Animated, of course, but I take what I can get.

7. Nausicaa of the valley of the wind

Another entry for Miyazaki, this film is of historical interest as without its box office success Studio Ghibli may never have been founded. Anyway, I’ve already gushed over two Miyazki films already and to continue doing so would be redundant and unseemly. It’s more brilliance from a studio that you wouldn’t expect anything less from. Watch it.

I wouldn’t have felt the list complete with an entry from the Shōnen category.  Shōnen anime typically feature young male protagonists saving the world, ridiculous super powers, juvenile humour and bombastic and over the top action. They’re also fantastic fun. While popular titles such as Dragon Ball Z (one of the best known in the West), Bleach and Naruto are all fine series the fact that their episode lists run into the hundreds of episodes each could be a little intimidating for newcomers. Full Metal Alchemist Brotherhood comes in at a more reasonable length of 64 episodes and is more sensible and mature than typical examples of the genre (relatively speaking). For the kid in all of us, thrills and pleasures don’t get cheaper and guiltier than this. N.B. There is a previous series, simply called  Full Metal Alchemist. Brotherhood closely follows the source material (the original comic books) whereas the former series deviates around the midway point. I consider Brotherhood  to be superior, as its plot is more consistent throughout the show, but both are worth checking out.

9. Grave of the Fireflies

One final shout out to studio Ghibli. However Grave Of The Fireflies was directed by Isao Takahata and not Miyazaki so I can claim a bit variety there.  Departing from the fantastical settings of the other Ghibli films in this list, this harrowing tale concerns two orphans as they strive for survival in war time Japan. Beautiful, poignant and ultimately heart breaking, if this film doesn’t reduce you to a quivering mess of tears then you have no heart. (Just to pre-empt anyone crying spoilers by me calling movie heart breaking, the opening scene is of one of the protagonist dying from starvation in a subway station. You quickly learn that this is not going to be a happy movie).

On the surface, this series from 2011 appears to be a happy little adventure. A magical creature called the Kyubey grants the wishes of young girls. In exchange, these girls are given fantastic magical powers (and fabulous new outfits) and compelled to protect humanity from the scourge of evil witches. At first you may think I’ve been taking the piss and have tricked you into watching the new Sailor Moon, but I urge you to give it at least three episodes. You’ll find the cheery exterior has been tricking you all along when it suddenly, and violently, becomes something far more interesting and far darker than it originally appeared. Trust me, it’s worth your time (and those outfits truly are fabulous).