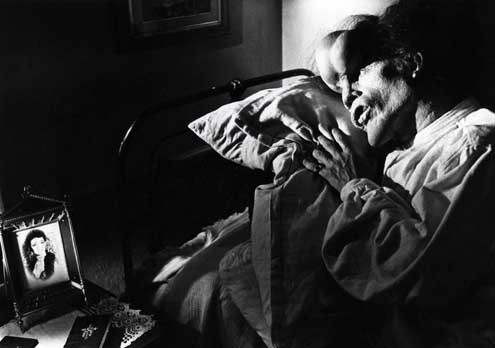 1.The Elephant Man
No one is good in this movie besides “The Elephant Man”, Antony Hopkins character wants to use him to further his careers, the poor use him to be a circus freak, the rich use him for the novalty of being about to visit the mild mannered freak. Even the opera singer is not without her motives! Dark film, that’s perfectly emphasised by it being in black and white. David Lynch has to be the most written about director, so I’ll leave it at that!

2. Up
The couple at the start growing old together touched us all…. in a good way! When they climb up that hill together we begin to feel the tears, wonder if it is best to wipe or just leave it.

3. Finding Neverland
Great movie that has been forgotten in the short time since its release. While films like “Independence day” and “Armageddon” grace our screens weekly…wait I kind of like “Armageddon”. Anyway, good movie that made us cry because cancer just isn’t fun!

4. Dead Poets Society
“O captain, my captain”, when they stand on their desk, in what can only be described as the lamest protest of all time, we all cried…hell even the Tiananmen man would have been impressed. The gesture wasn’t as important as was the emphasis that they can now think as individuals and see the world from a unique perspective, get it now?

5. The Shawshank Redemption
Our second runner up behind “Dead Poets Society” for tears of joy. When “Red” meet “Andy” on the beach as he’s carving out some boat, we all welled up and if you didn’t you have no soul and empathy is a distant concept, that you’ve little or no understanding of.

6. Big Fish
Father on his death bed asking his son to recant how the story of his wonderful life ends and in the process of telling one more of his father’s lies back to him, we and him as a character understand how life in more interesting with white lies in them. Then we truly understood that we should, “never let the truth get in the way of a good tale.”

7. Field of Dreams
Kevin Costner nearly made this list twice with “Waterworld”, as it made us all nearly cry, at how crap it was…like what I did there? We’ll forgive you because you created this and “Tin Cup”, “Bull Durum”, “Untouchables”, “JFK” and much, much more.

8. E.T
When my exchange (he was French though) left I didn’t shed a tear, mind you he wasn’t a cute fun loving alien that reformed my family and brought everyone who he met closer together.

9. Les Invasions Barbares
I would have loved to put this as No.1 but I know none of you bastards have seen it. A lecturer who is dying, son gives him heroin, family hang out as he dies, we feel awful that such an intelligent man is leaving us. Great film, great acting, watch it soon!

10. Three Colours Blue
I feel sad even to write about this fictional movie. It makes us realise that you could be better off having nothing, than have everything you ever wanted and have it ripped away from you in a car accident. Sometime death is better than life….great now I’m depressed, this comes No.1 on “Top 10 Movies to Tie the Noose ”