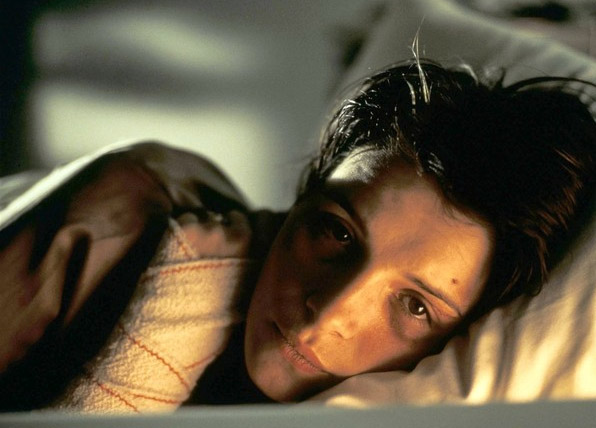 1. Three Colours Blue
No one does depressing movies better than the French. If one was to only watch the first half an hour of this movie and then turn it off, they would inevitably be hanging from the bathroom light. This is why this movie makes it to the No. 1 Spot in our Top 10 movies before you tie the noose!

2. Requiem for a Dream
The premise of all movies is that humans can overcome any obstacle, from getting over the loss of a loved one, example “Riggs” in Lethal Weapon to saving the earth from aliens and being reunited with their wife. Inevitable these people end up in a better place from which they once started. It’s why movies are manipulative; they play to our hopes and aspirations, that we have the power to overcome anything. Unfortunately this isn’t always the reality; requiem for a dream shows us a truer image of what life is really like for some. Every character ends up in a worse place from which they first started, this is life…sometimes and it makes us feel like shit!

3. The Deer Hunter
No other movie shows the after-effects of a war like the Deer Hunter. A movie that is as topical today as when it was released. Aptly named, considering the Hemingway quote, “There is no hunting like the hunting of man, and those who have hunted armed men long enough and liked it, never care for anything else thereafter.”

4. The Quite Earth
Loneliness can’t be emphasised more, especially when you’re the only living person!

5. Sophie’s Choice
What can be more depressing that the search for a reason to live!

7. Hotel Rwanda
Easily a runner for top 10 films to make grown me cry!

8. Once were Warriors
Molestation, battery and homelessness, need I say more?

9. Schindler’s List
No explanation needed! Only person who doesn’t find this movie sad is a Nazi’s. Get off my site you Nazi bastard!

10.The Pursuit of Happyness
When he sleeps in the toilet with his Kid, you can’t but feel for the bastard! Not a good movie, by the way, as it plays too much with cheap emotions!