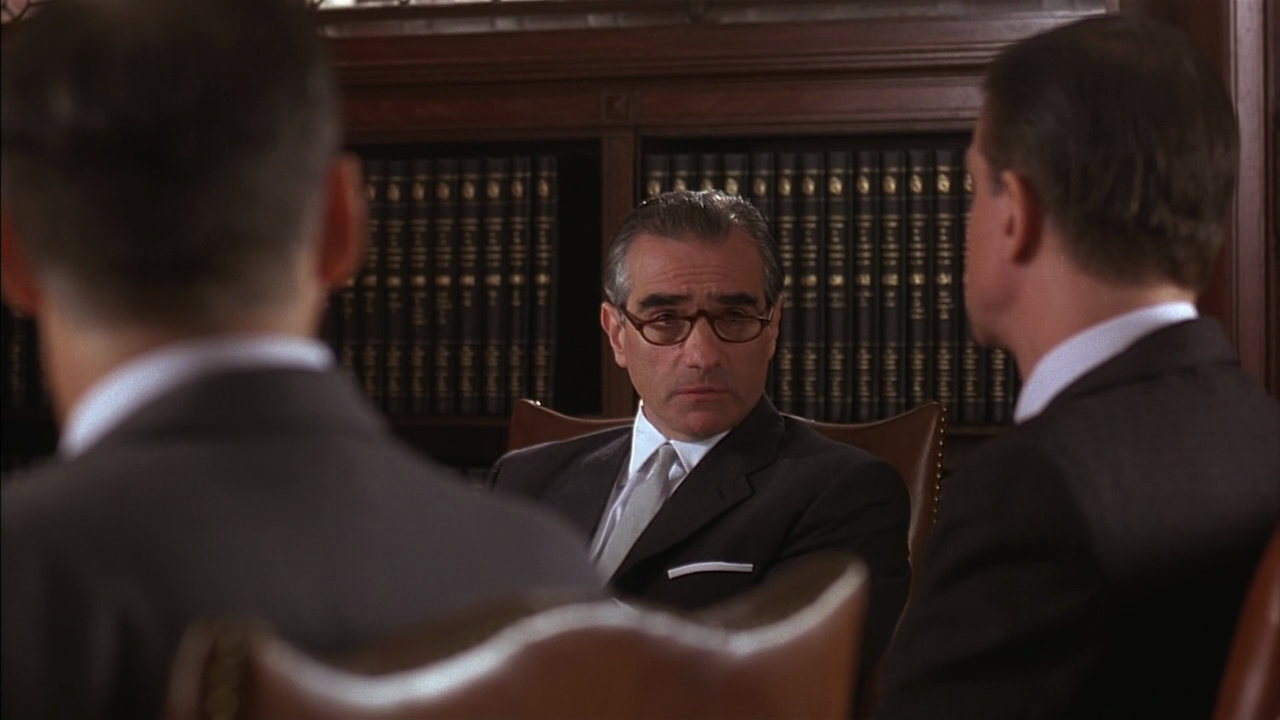 Falcon, John Huston’s canny casting as the black heart of Roman Polanski’s neo-noir masterpiece was more than just a tip of the fedora to Hollywood history. In a few brief scenes, Huston’s own Larger-than-life charisma transforms millionaire powerbroker Noah Cross from bluff, avuncular charmer with odd dining habits (devouring fish with the head still ——– into the epitome of evil).

Caught raping not just California’s parched land but his own daughter, hideously siring another [grand-] daughter, it’s cross blithe acceptance of his monstrousness that chills, hoarsely prophesizing to Jack Nicholson’s hapless “tec,” Most people never have to face the fact that at the right time and the right place, they’re capable of ………anything.

Of Africa didn’t prevent Pollack dabbling on screen, notably as Dustin Hoffman’s frustrated agent in his own Tootsie and, most impressively, in Woody Allen’s marital merry-go-round, vulnerable twitch in his character’s misguided menopause. Whether or not it’s Allen’s autobiography wait large, it’s Pollack’s personal triumph all the way.

Grand inquisitor, mockumentary-maker Marli Dibergi’s attempts to capture the sights, sounds and smells of a hard-working rock band achieve more than he bargained for – and Rob Reiner’s dead on performance only adds to Spinal Tap’s hilarity. Never hogging the limelight, Reiner discreetly judges his moments to shine. Watch DiBergi read the band its critiques, delivered unrehearsed to Chris Guest and co., to see him nearly crack up some of the best improvisers in the business.

Director ever make a film both so nakedly revealing and willfully nuts as Steven Soderbergh’s Schizopolis? Virtually a self-administered cinematic autopsy on his own ailing career, marriage and psyche, Soderbergh, at his pre-Clooney career nadir, goes for broke. Doubling up as cuckolded corporate drone and his own nearby dentist love rival, Schizopolis amounts to an experimental, styly hilarious therapy session. Bizarrely, it works. Even more amazingly, Soderbergh is a revelation, wryly mocking his own neuroses with crack comic timing.

Is a series of disguises a ‘Richard Koufey’ for fatboy slim’s praise you music video; as the ex-Mr. Sofia coppola, and as ‘Spike Jonze’. MTV prodigy and helmer of identity-crisis classic being John Malkovich and Adaptiation. However, for his first serious acting gig in this gulf war movie, Jones immerses himself in his character rather than hiding behind it, with an affecting, authentic supporting turn.

Mention a Scorsese performance and most people

German Visionary Herzog has consistently made

Drams (Fitzcarraldo) and documentaries (Grizzly Man) focused on wild-eyed mavericks, and his own enduring Teutonic delivery in tyro director Harmony Korine’s grungy ‘American Dogme’ film makes him a fascinating screen character in his own right. Herzog’s scenes as hectoring father to Ewen Bremener’s schizophrenic Julien and his dysfunctional clan are definite highlights. Besides, chugging cough syrup from his slipper and lazing about in a gas mask is probably fairly conventional stuff by Herzog’s standards.

And French New Wave dayen, Trultaut regularly popped up in his own features, but who would have predicted him taking up Steven Spielberg’s offer to co-star in a sci-fi blockbuster? Despite his heavily accented English, Truffaut’s UFO expert. Lacombe is an engaging authoritative presence. Okay, he doesn’t have to do much more than gaze heavenward in wonder for the Spielberg signature shor, but he does it well.

Provocative inferno of inner-city racial angst, erupted in 1995 he was hailed as the “White Spike Lee”. But even if both frequently appear on screen, Kassovitz, unlike lee, take roles for directors other than himself – most tamously in Spielberg’s Munich and Jean-Pierre Jeunet’s small-hit Amelie, Kassovitz’s appealingly scrutiny Gallic edge is the ideal balance to the film’s reto whimsy and co-star Audrey Tautou’s doe eyed winsomeness. And his carthy, street eccentricity gives the ballast needed to keep Jeunet’s confection from floating off the screen entirely.

Mel Gibson’s sense of humor may not sit well with female members of LA’s Country Sheriff’s Department, but the one-liner on winning his Oscar for helming Braveheart was a zinger:

“Well, like most directors,” deadpanned Mad Mel, “I suppose what I really want to do is act.”

Though jesting, Gibson hit on an increasing truth among filmmakers: namely, their willingness to step from behind the camera and put their mouths where the money is on screen. And not just in the Alfred Hitchcock ‘Where’s Waldo?’ style walk-ons that made him the most recognizable director on the planet, or in jokey blink and miss them moments like Francis Coppola’s demented filmmaker in Apocalypse Now, We’re talking genuine, three-dimensional performances. No stars, just talent.

The criteria were strict: no glorified Hitchcockian camcors; no actor-directors, those multi-talents who started out equally adept on and off screen (Welles, Chaplin, Woody Allen); no documentary makers (Nick Broomfield, Michael Moore) bobbing up in their own work; and no actors – turned – directors like Eastwood, Redford, Beauty, Costner and Gibson – all Oscar winners for their second careers rather than any iconic screen roles, like most actors, it seems what they really want to do is direct.

Which still leaves an abundance of memorable performances from directors surprisingly comfortable in the spotlight, take a look to the left…………

Always an acquired taste as an actor, this is the kind of performance that proves what a great director he is.